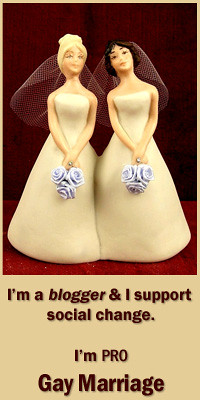 A Father on Paper. Part Two.

17 comments on “I Support Marriage Equality.”

Welcome! Make yourself at home, feel free to poke around inside my head. Please excuse the mess.More about me...